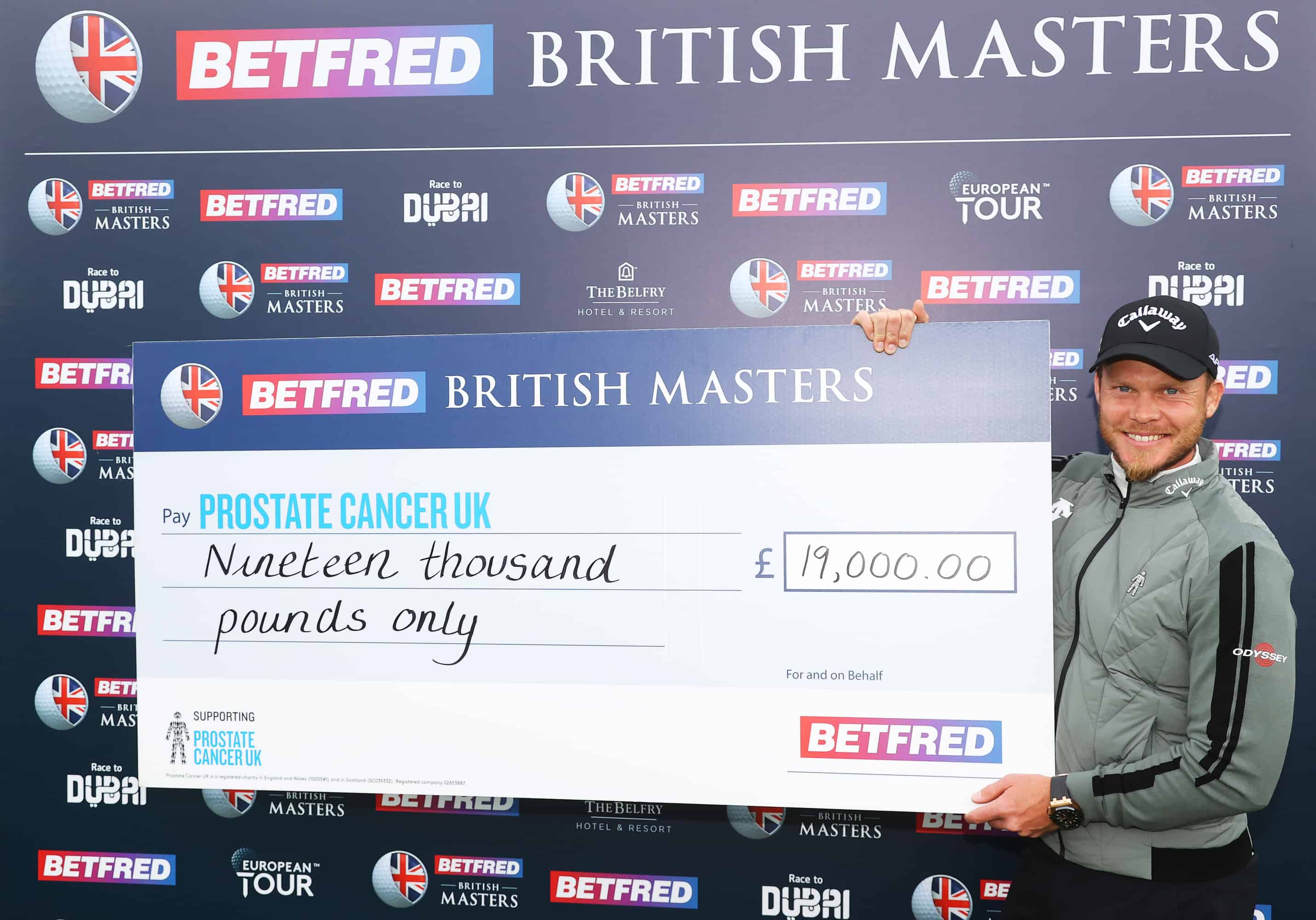 The 2016 Masters Tournament winner is a long-term advocate of Prostate Cancer UK and began his support of the charity after hearing of the inspiring work of fellow Yorkshireman John Brownless, who has raised money for the charity after being diagnosed with prostate cancer in 2004.

Willett’s support of the charity at last year’s Betfred British Masters helped raise £25,000 for Prostate Cancer UK, including a £19,000 donation from title sponsors Betfred after his performance at the four-time Ryder Cup host venue, with £1,000 donated for every birdie he made on the famous Brabazon Course.

Betfred have again pledged to donate £1,000 for every birdie and £2,000 for every eagle made by Willett this week. The tournament’s title sponsors will also donate £50,000 to Prostate Cancer UK on behalf of the first professional to record a hole-in-one on the famous par three 14th hole on the Brabazon Course – the same hole that Sir Nick Faldo famously made an ace at the 1993 Ryder Cup.

To find out more information about prostate cancer, please visit Prostate Cancer UK’s stand in the tournament village or scan the QR code on one of the many ‘Man of Men’ figures located around The Belfry. The Mega Putt Challenge and Chipping Challenge will also help raise funds for the charity this week.

Anyone with concerns about prostate cancer may contact Prostate Cancer UK’s Specialist Nurses in confidence on 0800 074 8383 or online via the Live Chat instant messaging service: www.prostatecanceruk.org. The Specialist Nurse phone service is free to landlines and open from 9am to 8pm on Monday, 9am to 6pm on Tuesday, Thursday and Friday, and 10am to 8pm on Wednesdays.